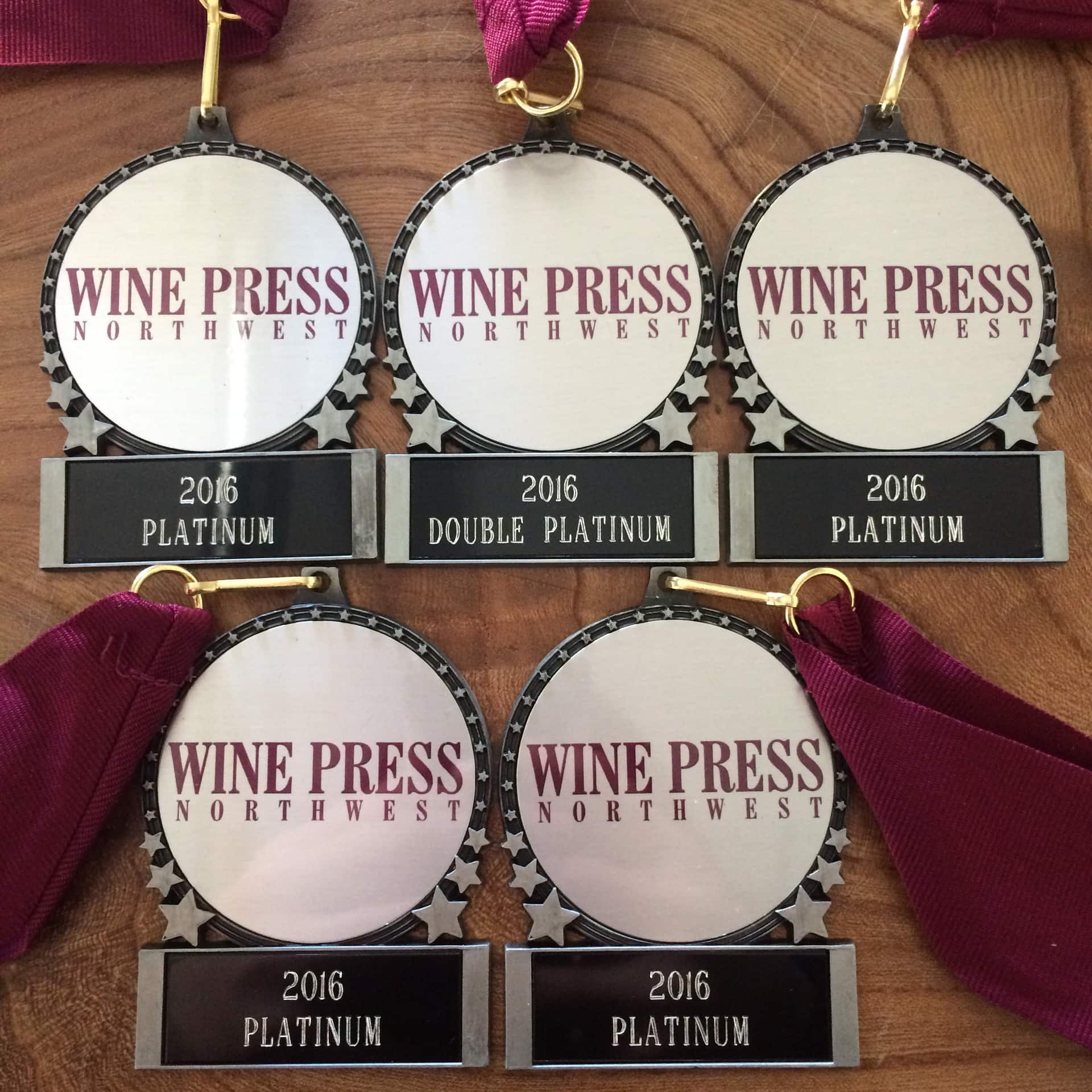 We just won FIVE Double Platinum & Platinum Awards! Eric Degerman, moderator of the Platinum judging, recently congratulated us and commented, “I believe that is an unprecedented batting average for that many qualifiers.” We entered 5 wines and 5 were awarded Double Platinum or Platinum! There were only 4 wineries in the entire northwest (ID, WA, OR, BC) that won more than 5 platinums but none that could match our batting average!

The following is a list of our Platinum award winners and their qualifying gold medals. All but one are still available for purchase until they too are sold out!;

Wine Press Northwest put the spotlight on us in their recent article ‘Best of the Best: Platinum 2016’! Here’s what they said, “Clearwater Canyon Cellars in the historic Lewis-Clark Valley entered five wines into the judging. Each earned a Platinum, highlighted by Double Platinum for a Carménère that Coco Umiker makes from Washington’s Horse Heaven Hills.”

We can’t imagine a better way to celebrate the end of 2016 and our move into our new winery building!

The Platinum Judging is moderated by Wine Press Northwest at the end of each year. Wines must qualify to compete for platinum by winning a gold medal in a major domestic or international competition during the same calendar year.

Platinum is one of the highest medal honors given to wines within the northwest wine competition scene. Clearwater Canyon has accumulated 2 double platinum and 7 platinum awards over the years, leaving us just ONE short of inclusion on the ‘Kings of the Platinum’ list (this requires 10 platinums). Currently there are 25 ‘Platinum Kings’ all of which are some of the Northwest’s most respected wineries such as Gehringer Brothers, Reustle-Prayer Rock Vineyards, Walla Walla Vintners and others. They may have to change the list to ‘Platinum Kings & Queens’ if we earn #10.

A Double Platinum medal is given when all members in the panel of judges independently judge the wine as ‘Platinum’. There are typically around four judges in each panel at this wine competition. Judges taste and score each wine independently and then share their scores with each other. If there are differing opinions, then the score given by the majority of judges will be awarded. Sometimes judges discuss their scores to allow for sharing of perspectives on a given wine which can result in changing of a particular score.

Platinum awards are not earned easily. Out of the 530 entries this year 44 earned Double Platinum and 125 Platinum. Remember, all 530 wines were already given top honors (double gold or gold) within the same year. The platinum judging is truly a competition of the best of the best of the Northwest!

We are hoping for another exciting announcement soon…stay tuned, wine lovers!